In Southern Alberta we have both bow and rifle Elk rut hunts. 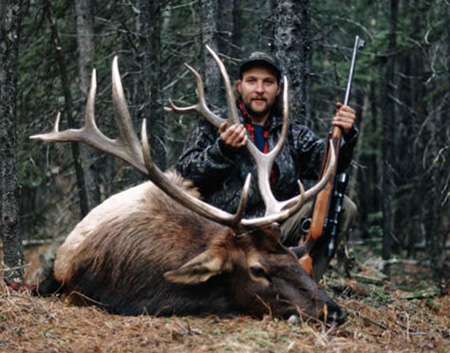 We have a short pre-rut bow season running from September 1st until September 16th. This is an awesome hunt with generally very good chances at 300” + bulls. Chances of encountering other hunters are slim and generally we have over 800 sq. miles to hunt in. We take only 4-6 hunters during this time and usually suggest two on one hunts as more than one bull is generally called in at a setup. Our success rate has been very high rivaling that of our rifle hunters.

Alberta’s rifle season opens on September 17th which makes this one of very few places where elk can still be hunted during the rut with a rifle. This early season hunt has been very much in demand over the past few years and may be a prime reason for Blue Bronna achieving a 80-90% shot taken rate with greater than 70% take home rate. We ask hunters not to shoot less than a 5 pt. bull as small bulls are easy to call in and we generally can find a better bull during the course of a hunt. 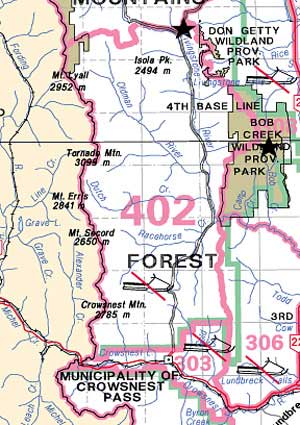 Our Elk Hunt Dates are as follows:

Accommodations are generally bush tents with bunk beds and wood stoves. You may hunt from a spike camp accessed by ATV or horseback. During the early season the elk are generally closer to roads so we do use mobile camp trailers as well as the tent settings. In September and early October the weather is generally very nice with warm days and frosty nights but heavy snowfall can occur any time in the mountains. Although November can have cold (-20) and snow it can also be snow free and warm so hunters need to be prepared for any type of weather. Rain is not usually expected in any serious amounts.

Please contact us for prices or for more information.